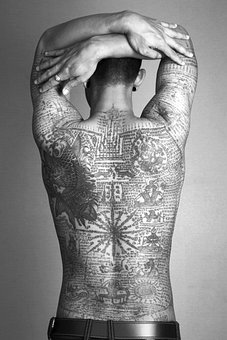 Tattoos have been around since the biblical times and have been popping up everywhere since then. However, in today’s society tattoos have become far more popular and a little less taboo as they once were. Although the acceptance of tattoos is still somewhat shaky and plenty of work still needs to be done in this field.

Here are a few fun tattoo facts, tips and statistics that you may or may not have known.

Even after your new tattoo is healed it is still prone to the sun’s rays.

There are at least a 100 different colors of a tattoo ink out there so you’re not limited to you colors.

In 2002 a survey was conducted that 1 out of 8 individuals have at least one tattoo. However, with the increasing number of young people out there getting tattoos, its sure to have gone up since then.

In 1991, a 5,000 year-old frozen man was detected and scientists found a total of 57 distinct tattoos on his well preserved body.

The tattooing machine relies on the design of the modern doorbell.

During this time period, tattoos were very expensive and individuals paid large sums for their layouts. However, the cost of tattoos were decreased and tattooing became adopted by lower class people and the tattoo soon became trashy.