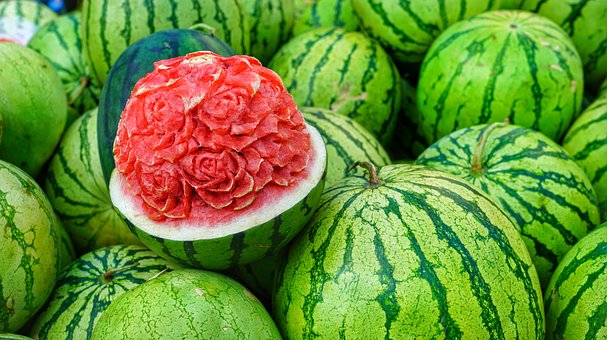 Watermelons are among the most beloved of fruits the world over. The sweet beckoning of the juicy and delicious fruit is found by many to be simply irresistible. If you have always liked the sweet taste of the wonderful fruit, it’s worthwhile to learn some very interesting facts about the watermelon.

The watermelon is a hot, long-season harvest. Originating in the Kalahari Desert of Africa, watermelons have made its way across the Mediterranean Sea and by the 10th century, China was already biting into its sweet flesh.

Watermelons are plants that lend themselves well to small scale and part-time farming operations. There are multiple markets for growers with 5 acres or less, and several field operations, such as land preparation, planting, and harvesting, can be custom hired. Up until two decades ago, watermelon was largely a seasonal fruit that appeared in the marketplace for a few months and then disappeared as late summer and fall fruit plants were harvested.

Ok, here goes. Did you know that watermelon is the leading U.S. melon crop in terms of acreage, production, and per capita consumption? Due to higher unit values, cantaloupe is the leading melon concerning crop value. During 1998-2000, the farm value of watermelon production averaged $262 million-up 36 percent from a decade earlier. Increased watermelon yields reflect improved types and a larger percentage of acreage covered by irrigation, especially in States like Texas. Additionally, seedless varieties now account for a substantial part of the watermelon crop. With much higher seed prices and more challenging cultural demands, seedless watermelon acreage tends to be more intensively managed-resulting in less crop abandonment and higher per-acre yields.

It is time now for some rather interesting trivia on watermelons. This is your opportunity to discover a few watermelon facts which are real fun to understand. Did you know that to learn if a watermelon is ripe (of course, without breaking it open), just knock it. If it sounds hollow then it’s ripe.

Watermelons are more than 90% water. That’s the secret behind the title! In ancient times travelers used watermelons as a replacement for water.